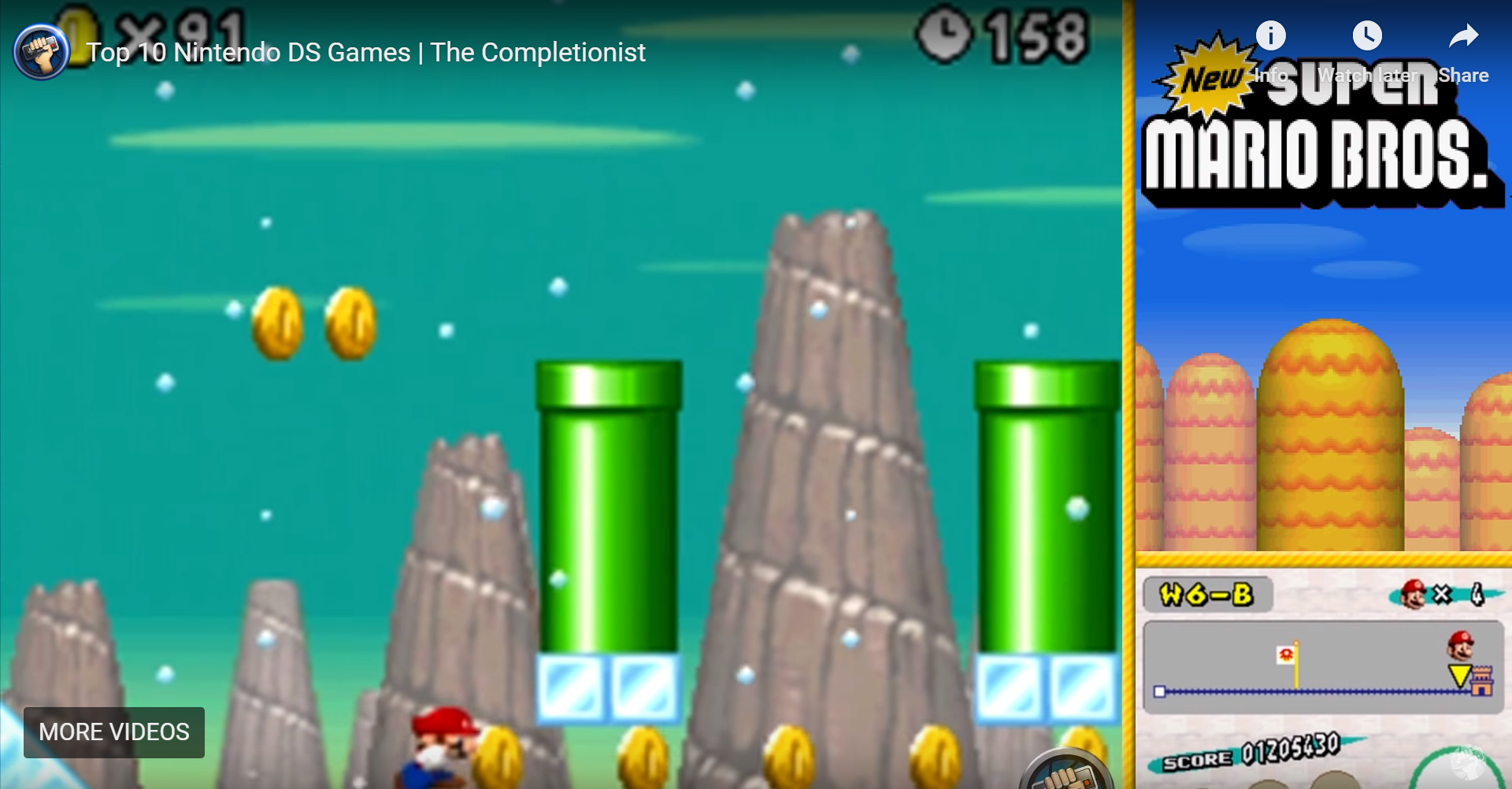 As the Nintendo Switch pushes out the other handheld devices, I want to take a look at my Top 10 Nintendo DS games.

Dual Screens was a crazy idea back in the day when we were all young and bright-eyed. Or we’re we already old when it came out and now we’re just getting older?! Doesn’t matter because these games are near and dear to my heart when I play was playing with my Nintendo DS. These are just my top 10 DS games so feel free to tell me your own. There’s so much memories here with these old cartridges…or were they technically memory chips? Mario Kart DS, The World Ends with You, and even Pokemon Platinum which was the Pokemon game that got me back into the franchise! If you want to know the rest of my picks, you’ll have to watch the video!

PlayStation 3 Launch Dates you Should Not Miss

﻿PlayStation 3 Launch Dates you Should Not Miss

Video game consoles are on the loose. Since the Magnavox Odyssey era, video gaming systems are evolving to become one of the most powerful machines in the entertainment industry that ever existed. From the simple animation and mono background game music during the Atari years, video game consoles nowadays will make you feel that you are the one fighting monsters, racing with other cars, or shooting the ball to the hoop right in front of your opponent because of advanced three-dimensional animation technology, thanks to game software developers.

The seventh generation began by the introduction of Microsoft’s Xbox 360 in November 2005, following the huge success of its predecessor, the Xbox. Since then, rival game console manufacturers began producing new genres of video game consoles, each one having unique characteristic from its rival consoles or predecessors alike. Thus, the generation is branded to be a “console war” in the history of interactive entertainment.

Following the success of Sony Corporation’s PlayStation 1 and 2, they are determined to maintain their dominance in the game console market. Thus, in May 16, 2005 at the E3 Conference, Japan’s leading electronic company, under its computer entertainment subsidiary, formally unveiled to the public the latest member of the PlayStation 3 series—the PlayStation 3 (PS3). It is expected to compete with its two rival game consoles, which are the Nintendo’s Wii and the Xbox 360.

PlayStation 3 is scheduled to be released on the following launch dates:

• The first release is scheduled in November 11, 2006 at Japan.
• Six days after the Japan debut, PS3’s launch date in Canada and United States would be on November 17 of the same year.
• On the other hand, the launch date of PS3 on Australasia and Europe is scheduled to be on March 2007, with the definite date pending on the decision of Sony Corporation.

On these launch dates, Sony has plans of releasing two different configurations for the PlayStation 3. The first one is known as the “premium version”, where the video game console will come with a 60 GB internal hard drive with multiple flash memory card readers and Wi-Fi or wireless internet connectivity. The other is known as the “alternate configuration” in which the video game console will come in lower internal hard drive (20 GB to be exact) and without Wi-Fi connectivity and memory card reader features, though the hard drive of the alternate configuration can be upgraded and memory card support can be added through the use of adapters.

Top 10 WORST Video Game Consoles of All Time (Redux) Subscribe: http://goo.gl/Q2kKrD // TIMESTAMPS BELOW
Have a Top 10 idea? Submit it to us here! http://www.WatchMojo.com/Suggest

And you thought the Xbox One was a bit of a clunker…Welcome to http://WatchMojo.com and today we’re counting down our picks for the Top 10 Worst Video Game Consoles of All Time! And it’s a REDUX MOFOS. BA BOOM.

Special thanks to our user “htimreimer” for suggesting this topic using our interactive suggestion tool at http://WatchMojo.com/suggest

Our Magazine!! Learn the inner workings of WatchMojo and meet the voices behind the videos, articles by our specialists from gaming, film, tv, anime and more. VIEW INSTANTLY: http://goo.gl/SivjcX

Get WatchMojo merchandise at shop.watchmojo.com 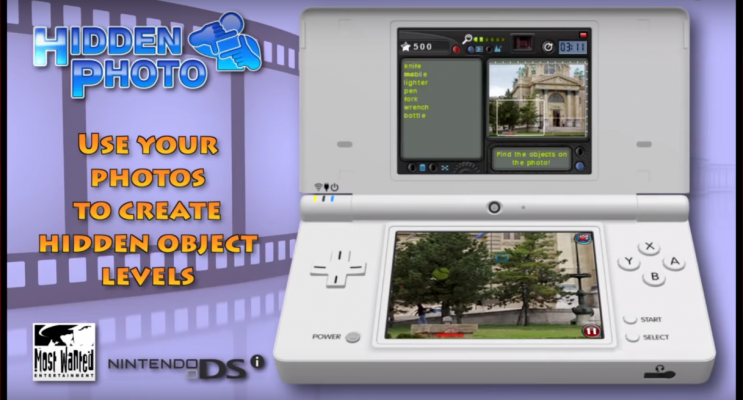 Did you know the Nintendo DSi had a small set of exclusive titles which would not work on the standard DS hardware? In this video, I’ll showcase my DSi collection and we’ll check out some gameplay footage. Thanks for watching!

Looking for links to some of the decor, tools, or accessories you see in my videos? Check out my Amazon recommendations page! https://www.amazon.com/shop/nintendrew?ref=ac_inf_hm_vp 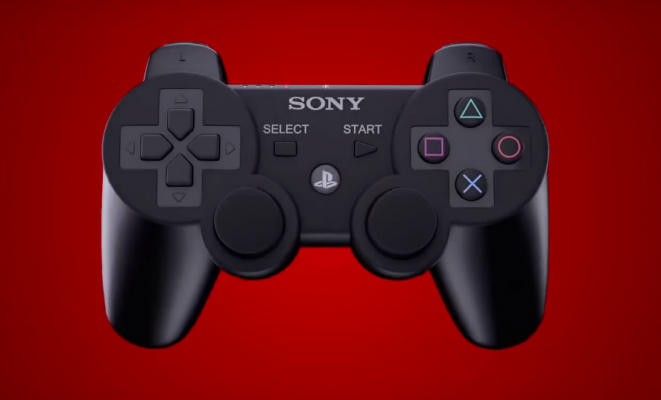 Even though video game consoles have been updated and new products have come out in recent years, you can still find video games for PlayStation 2 consoles & accessories in various places. Many people like to play their old video game consoles rather than update to the new ones – primarily because they are comfortable with them and because the new consoles can be expensive. When you are looking for video games for PlayStation 2 consoles & accessories, your best bet is to begin on auction sites such as E-bay.

A lot of people choose not to keep their old video game consoles which is why you will be able to find video games for PlayStation 2 consoles & accessories available for sale so you can update your collection and add to it often quite cheaply. You can increase your game collection and buy new accessories that can make your PlayStation 2 console just as good as any of the newer game consoles. Just because there are new video game systems to be had does not mean you have to give up your old one to have fun playing video games.

Video games PlayStation 2 consoles & accessories are out there for the taking. You may also want to look for gaming communities that have message boards. Find one that is specifically geared for the PlayStation 2 consoles because a lot of times gamers are willing to trade the games and accessories that they do not use any more for other games and accessories that they are wanting to accumulate. Bartering has been a way of doing business for years, and it continues on even today. Trading with other gamers is definitely a great way of updating your system and helping others do the same. 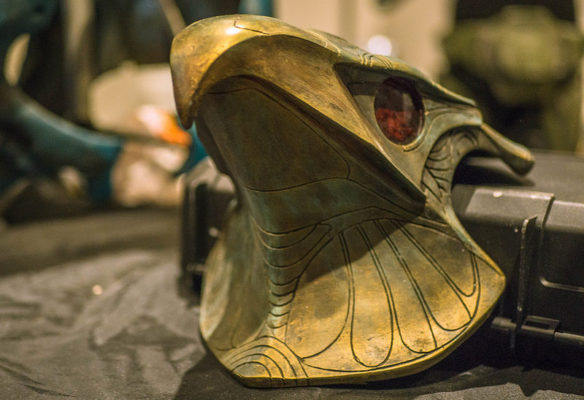 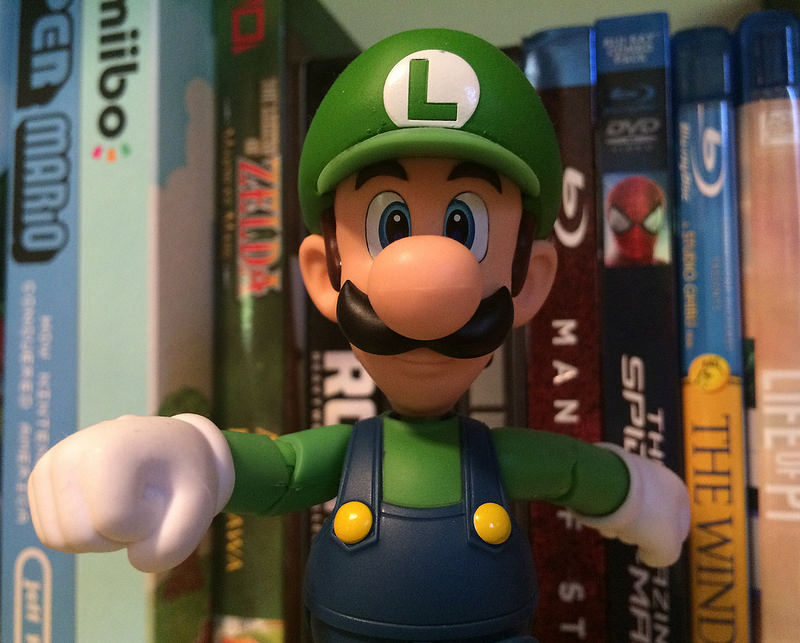 Hello guys its Zer0 and in this video i will teach you how to download all new PC games for free without any virus risks. This is complitly safe and free!!! In this video i was showing you 2 of the best sites i know of. Here are the links: 1. www.crohasit.com 2. www.oceanofgames.com This 2 sites are NOT my and I DO NOT take any credit for them. The creator of the first site is Croat Code … https://www.youtube.com/user/CroatCode -Thanks for watching 😀 -Please leave a like and possibly subscribe? -My channel: https://www.youtube.com/channel/UC9d2OM-0zxYoFMdGCfJupvw -My facebook page: https://www.facebook.com/Zero-Time-2053192821573486/?fref=ts 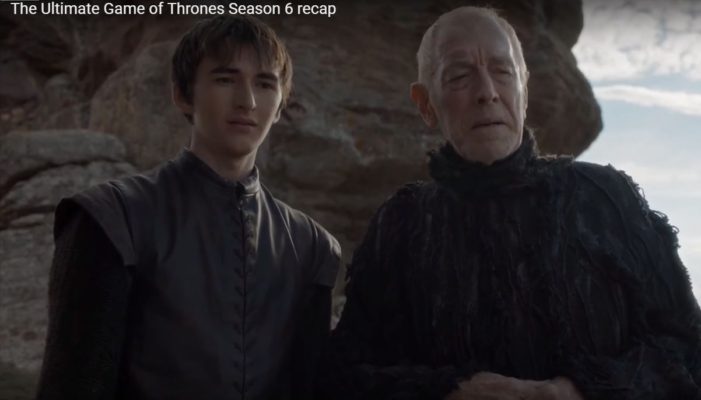 Among many Jigsaw puzzles available in the app market, Jigsaw puzzle 5000+ app is one of the best apps. You can easily download free Magic Jigsaw puzzles on your android and play the game anytime you want. The best part is that you can also convert your own picture into a puzzle and can later solve it.

Videos on this channel are released under Creative Commons CC0(https://creativecommons.org/publicdomain/zero/1.0/deed.vi). You may download, modify, distribute, and use them royalty free for anything you like, even in commercial applications. Attribution is not required. jigsaw puzzle, puzzling, game, play, playing, people, girl, woman, riddle, problem-solving, puzzle pieces, matching, thinking, intelligence, free videos, royalty free

Game Makers Season 1 was a FREE and fun workshop for kids and their dads and was held at Hackham West Community Centre from 6 March – 17 April 2016. Game Makers does not involve technology or video games. Guided by theatre makers, professional writers and visual artists, it utilised elements of both theatre (characters, narratives, imaginary settings) and sport (teamwork, strategy, competition and physical challenges) in games that are played face-to-face between people, bringing the adventures and challenges of video games into the real world. After a successful debut of Game Makers Season 1, Game Makers returns for second season at the Aldinga Community Centre. Click the following link for more information: https://carclew.com.au/Program/game-makers-season-2 Game Makers is a Carclew project in association with ActNow Theatre and supported by the Government of South Australia through Arts South Australia. This is a Communities for Children activity funded by the Department of Social Services. Video by Heath Britton and Jennifer Greer Holmes. 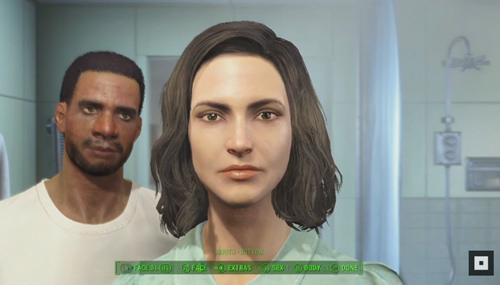 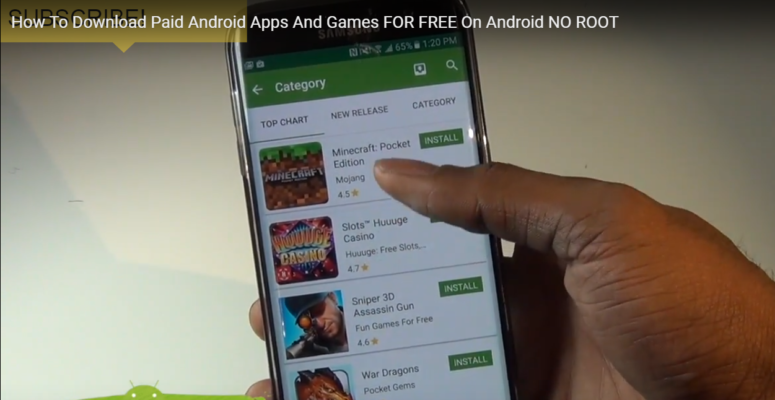 Wus up people if you have trouble downloading a game that needs to pay? Well heres fhs dight video for y’all so please subscribe and leave a comment below and enter “i subscribed” if you did ok bye wallnuts and have a great summer if you are cause we are not having summer 3 more days till summer. Ok y’all just crack your nuts and fit it right in! 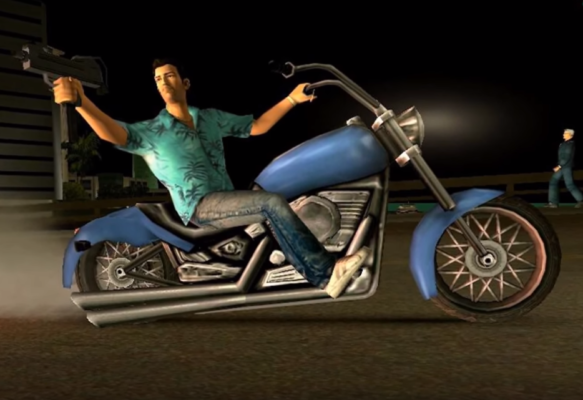 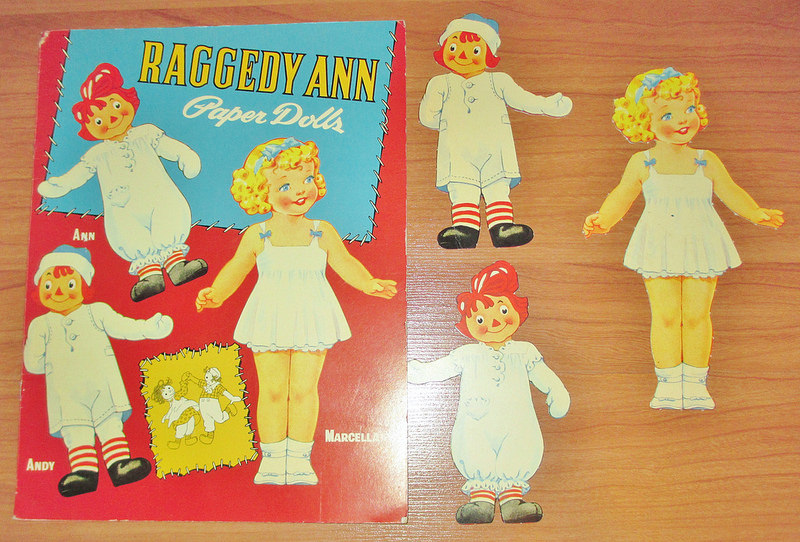 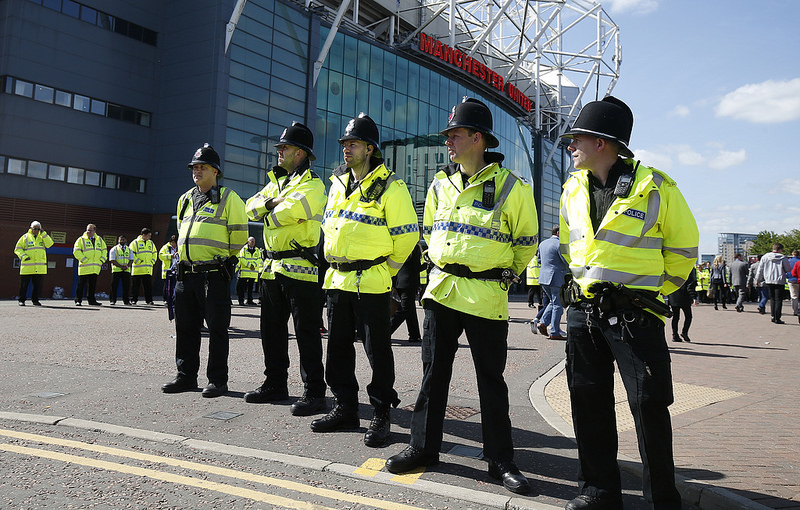