PlayStation 3 Launch Dates you Should Not Miss

Video game consoles are on the loose. Since the Magnavox Odyssey era, video gaming systems are evolving to become one of the most powerful machines in the entertainment industry that ever existed. From the simple animation and mono background game music during the Atari years, video game consoles nowadays will make you feel that you are the one fighting monsters, racing with other cars, or shooting the ball to the hoop right in front of your opponent because of advanced three-dimensional animation technology, thanks to game software developers.

The seventh generation began by the introduction of Microsoft’s Xbox 360 in November 2005, following the huge success of its predecessor, the Xbox. Since then, rival game console manufacturers began producing new genres of video game consoles, each one having unique characteristic from its rival consoles or predecessors alike. Thus, the generation is branded to be a “console war” in the history of interactive entertainment.

Following the success of Sony Corporation’s PlayStation 1 and 2, they are determined to maintain their dominance in the game console market. Thus, in May 16, 2005 at the E3 Conference, Japan’s leading electronic company, under its computer entertainment subsidiary, formally unveiled to the public the latest member of the PlayStation 3 series—the PlayStation 3 (PS3). It is expected to compete with its two rival game consoles, which are the Nintendo’s Wii and the Xbox 360.

PlayStation 3 is scheduled to be released on the following launch dates:

• The first release is scheduled in November 11, 2006 at Japan.
• Six days after the Japan debut, PS3’s launch date in Canada and United States would be on November 17 of the same year.
• On the other hand, the launch date of PS3 on Australasia and Europe is scheduled to be on March 2007, with the definite date pending on the decision of Sony Corporation.

On these launch dates, Sony has plans of releasing two different configurations for the PlayStation 3. The first one is known as the “premium version”, where the video game console will come with a 60 GB internal hard drive with multiple flash memory card readers and Wi-Fi or wireless internet connectivity. The other is known as the “alternate configuration” in which the video game console will come in lower internal hard drive (20 GB to be exact) and without Wi-Fi connectivity and memory card reader features, though the hard drive of the alternate configuration can be upgraded and memory card support can be added through the use of adapters.

Video Games And Playstation 2 Console
Video Games, PlayStation 2 Console, And  Accessories Even though video game consoles have been updated and new products have come out in recent years, you can still find video games for ...
READ MORE 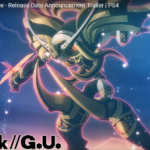