In the days of Pong, it would have been hard to imagine all the video games we take for granted these days. Handheld, high-tech, dancing on a mat that’s recorded by the TV. It would have seemed surreal.

Well, the surreal has become real and the newest addition to the video game revolution is Xbox 360 Live, a truly multimedia, multiplayer experience that surpasses anything we’ve previously understood about video games.

Though many people like to play video games with a friend, it is largely seen as a singular, solitary activity. But with the addition of Xbox 360 Live to the video game lineup, things are socially kickin’ now.

Simply put, Xbox 360 Live is an online gaming service using your Xbox or Xbox 360 video console. You subscribe to the service, and then can play games with or against friends or other players around the world. There are more than 100 Xbox games that are enabled for this service, and all Xbox 360 games are at least “Xbox 360 Live aware”.

What’s most striking about Xbox 360 Live is the method by which you communicate with others. Through a headset that’s either bundled with your gaming system or purchased separately, you can voice or text message your friends or other players. While you are signed on, you can see what your friends are doing, even to the extent you can tell what game they are playing and what level they are on.

Truly, this is not your dad’s Atari.

So, how do you get in on this interesting form of play? First, you should own an Xbox 360 video gaming system. Then you have to subscribe to the service, and given the features, it is surprisingly affordable.

There are a variety of ways to subscribe to Xbox 360 live. If you choose the gold package (most popular), you can get:

How do you purchase these services? There are a few ways. You can purchase a bundle at a store (currently available with rebates) and install. You can also purchase cards with time on them.

– If you purchase the 3-month premium gold pack, you receive a headset, a 3-month gold membership, 100 Microsoft points, and the Xbox Live arcade game, Joust. This costs about but currently has a rebate.

– Go for the big daddy and purchase the 12-month premium gold pack. This will get you a 12-month membership, the Xbox 360 headset, the Xbox Live arcade game, Bankshot Billiards, and 200 Microsoft points. This costs about , but currently has a rebate.

If you’re not sure you want to pay for a membership, there is a free 48-hour trial offer, which allows you to try the service before deciding if you want to subscribe. Like any free trial, this is a great way to decide if this is the right service for you. 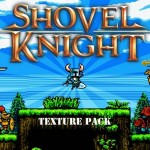 Online Arcades And Office Life
Office Life And Online Arcade Games There are different types of online games that fall under the categories of action, sports, adventure, and shooting. You can download free online games and ...
READ MORE 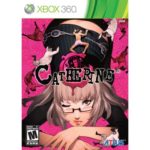